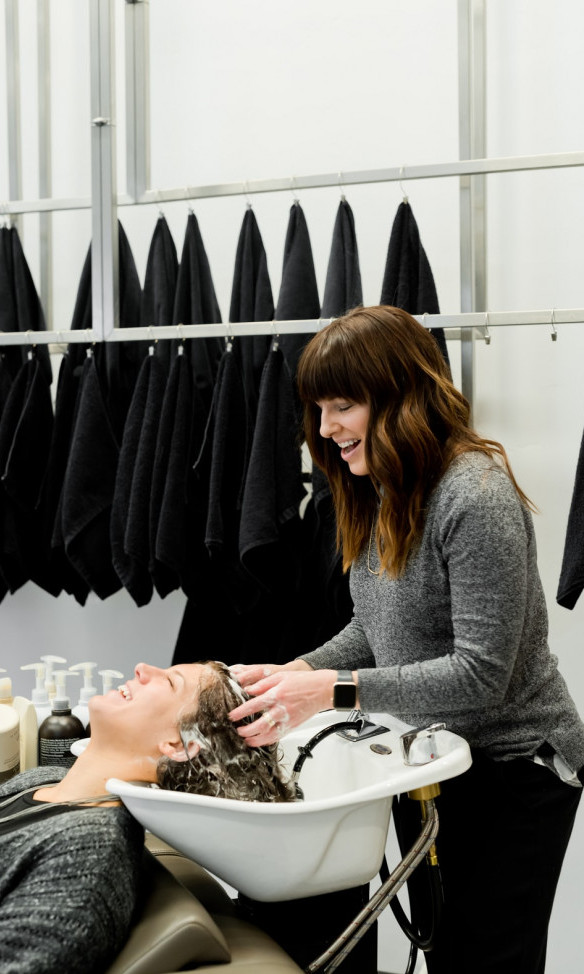 Grace: (Phone ringing from a distance) Hello! Hi Lydia? It’s been a while…

Lydia: Yes, it has; I hope you have been well considering….

Lydia: What I heard from Judy!! My oh my! It would help if you told me you are getting a divorce.

Lydia: Well, that is what Judy told me yesterday when I met her at the salon.

Grace: I am not getting a divorce; if anything, Judy is the one who told me her husband was cheating on with the waitress from the local restaurant.

Lydia: What? I always knew their marriage was too perfect to be true. It is a shame even with her hot body, the husband is still cheating.

Grace: Can you imagine? I am happy I never signed up for her useless gym membership.

Lydia: Well, be careful with her; she is soiling your name. Let us catch up later over a cup of coffee.

Grace: Is it true that your husband’s mistress works at our local restaurant?

Grace: What do you mean what? Lydia says that.

Grace: Calm down; make sure you don’t mention my name. Bye!

And it goes on and on, a never-ending story.

The gossip cycle could go on and on with the main culprit starting the fire standing so far from it, admiring the flames. Lydia is a clear definition of a true gossiper; they create trouble, invite others into it, then when things go haywire, they get themselves out of the drama and watch those involved fight each other almost to death. Death? Yes, end of friendship and trust that eventually leads to a divided community; Proverbs 16:28 “A perverse person stirs up gossip, gossip, separates close friend.” Over what? Just a wrong or even right word uttered out of context or without wisdom.

Jesus and his works were also victims of gossip. Many people, including His disciples, would question who he was and whisper. Being omnipotent, Jesus knew that the questions being passed around. He did not touch on it being a gossip. He took it upon himself to clear the air, asked them the same questions they have been whispering about, triggered a discussion, and clearing the rumors. So if you ever find yourself being gossiped about, know that our Lord Jesus, too, went through it. In Ephesians 4:29, we are instructed,” Do not let any unwholesome talk come out of your mouths, but only what helps build others up according to their needs, that it may benefit those who listen.” This simply means that since what you may be saying would be true or has an ounce of truth, it is best to keep it inside and not talk about it if it is not building or informative. The book of wisdom, Proverbs 11:9 says, goes on to say,” With their mouths, the godless destroy their neighbors, but through knowledge the righteous escape.”

In James 1:26, it is written that it would be pure deception to self and worthless if those who consider themselves religious cannot keep their tongues controlled. Like a horse is guided with the reigns, so should those who believe themselves “religious” can hold their tongues. Furthermore, James 4:11 further insists, “Brothers and sisters, do not slander one another. Anyone who speaks against a brother or sister or judges them speaks against the law and judges it. When you judge the law, you are not keeping it, but sitting in judgment on it.”

How do you then deal with a gossiper? One thing you could do is tell them straight to the face that you are not interested in talks that discuss others. This could work if you are bold enough to face them. When applying this tactic, you need to be ready to face rejection or vulgar response. They could also act cold altogether, so be prepared.

Alternatively, you could ignore them until they read the non-verbal communication and stop. Adamant gossipers have learned to ignore this cue, so you need to be consistent with the non-verbal. My favorite way of getting away from gossip is excusing myself. Another way of dealing with gossipers is to sit them down and let them know the implication of their actions. I also try to put them in the shoes of the person they are gossiping about to feel their pain and stop altogether. At times, they have not analyzed the damage of their words, and when I put them in the victim’s shoes, they get sorry, and some vow to change their behavior. You have the power to choose. Remember if you entertain a gossiper, “those who gossip with you will gossip about you.’

10 Replies to “The Gossip Cycle\He Say, She Say”